Skip to Content
By continuing to use this site, you agree to the use of cookies. Find out more
Home RecipesLahm Bi Siniya – Tray baked Kofta

This recipe is a Syrian dish called Lahma Bi Siniya. I was introduced to this through my Syrian friends and although I know that most of those who make this recipe make it without onion, I am s strong believer that onions give the kofta the moisture it needs in order to turn out soft and juicy.

The base of the tray is covered with a layer of peeled and thinly sliced potatoes, followed by the seasoned minced beef mixture and topped with slices of tomatoes and a generous drizzle of olive oil. The tomatoes also give out a lot of juice which soaks into the meat and it all turns out oh so delicious. 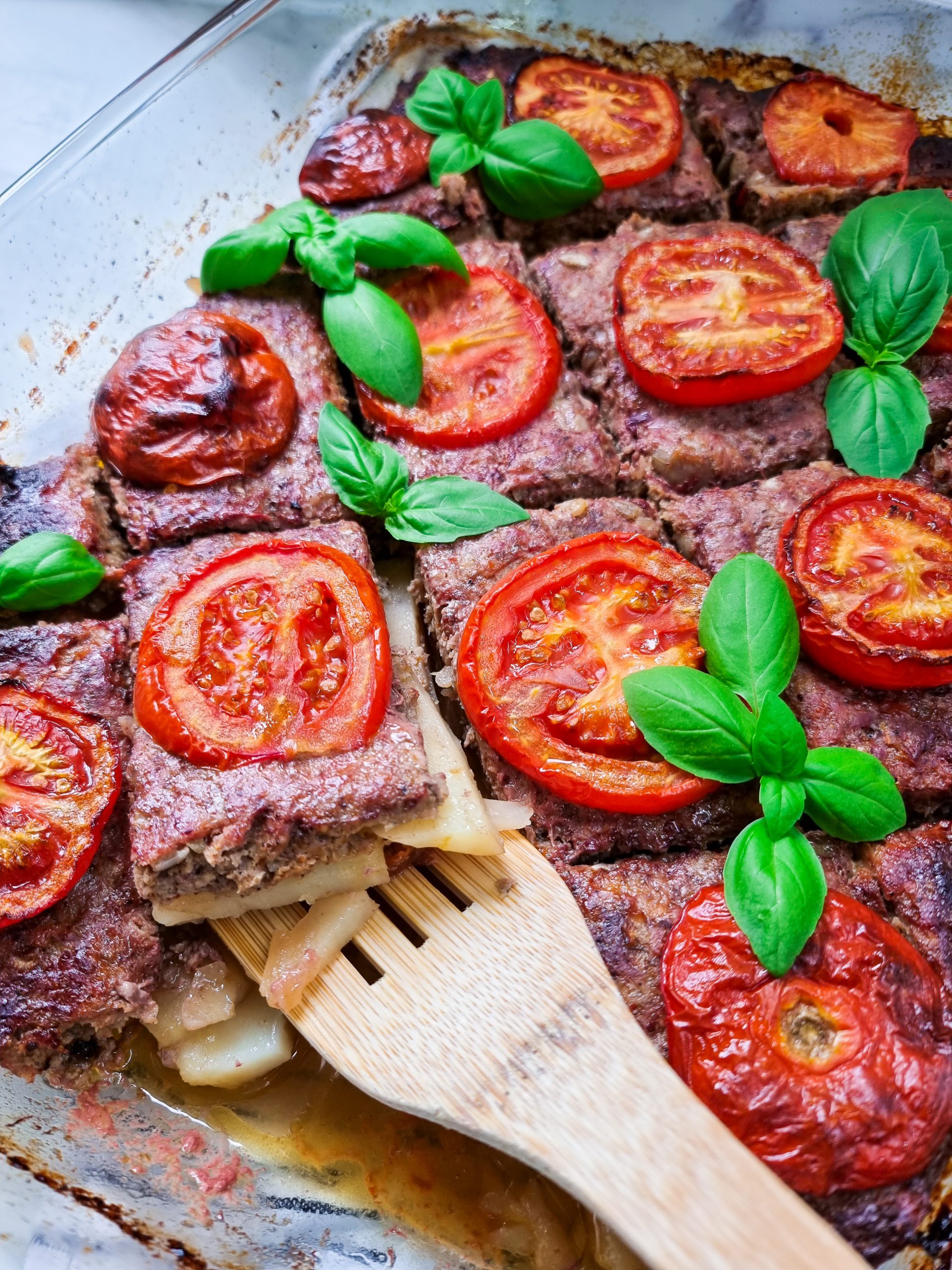