Skip to Content
By continuing to use this site, you agree to the use of cookies. Find out more
Home RecipesSlow Cooked Lamb with Arabic Rice and Toasted Almonds

Nothing says comfort food more than this very simple middle eastern dish. This was something I made a lot during my pregnancy, as all I craved was red meat. It’s so delicious and nutritious that until this day, every time I eat this dish I feel like I am recovering from tiredness, fatigue, if I am ill then from my sickness, It boosts my energy and I have no doubt my iron levels.

I love to go all out with spices but when it comes to this dish the super simple spices allows the flavour of the lamb to really come through and it truly sparks so much joy when eating. The rice that cooks with the broth alone is so delicious that can just be eaten on its own, and apart from using the broth, which is full of flavour, I don’t actually add any additional salt wile it’s cooking. 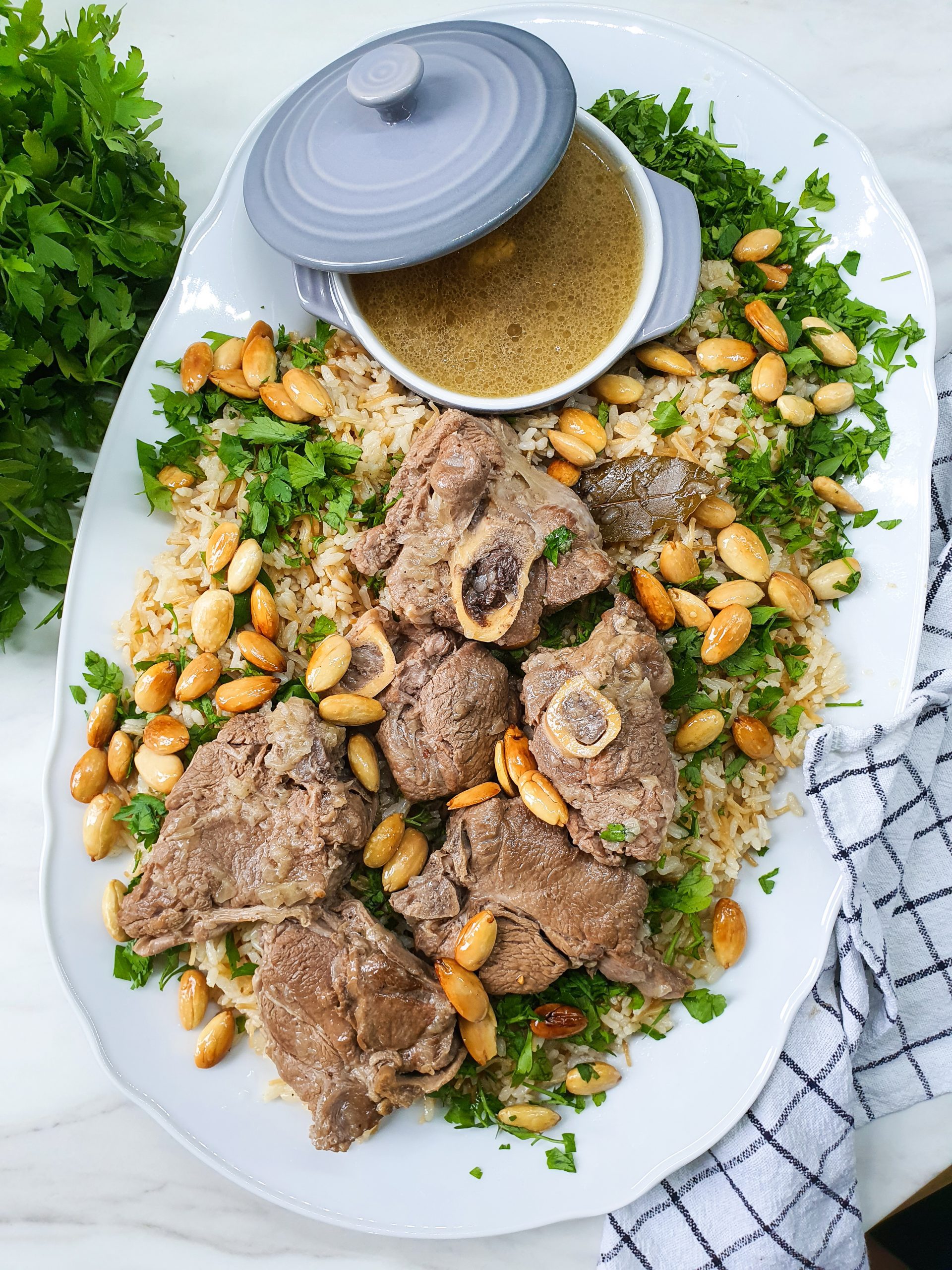