Skip to Content
By continuing to use this site, you agree to the use of cookies. Find out more
Home RecipesAtayef – Middle Eastern Stuffed Pancakes

Atayef or Qatayef is one of the most versatile sweet dishes in the middle eastern cuisine. Of course every country has adopted it and made it their own, especially with regards to the filling. Some only seal it halfway, fill it with homemade ashta (cream) or cheese, others do nutella or nut butters, in these cases you obviously don’t deep fry as the filling would come out in oil and no need to dip it in syrup either, instead you drizzle the honey on top and serve it just like that.
This recipe gives you the most beautiful dough and pancakes as a result no matter how you choose to have it.

In the photographs below, I used this recipe and filled them with the walnut and raisin mixture. They are a favourite in our home as that is how it’s made in Egypt and with my husband being egyptian that’s what he always asks for.
As for me, I love filling it with homemade ashta, mixed with mascapone, sugar and cinnamon. As far as I’m aware this is how Syrians make atayef and rightly so too because it is the most delicious way.

The reason you cannot just fill and fry atayef with shop bought cream or mascapone, it’s because the fat content in these products will run through the sealed atayef and they will open during the frying process.
A recipe for the homemade eshta is coming soon but for now, I hope you enjoy this recipe with whatever you choose to fill your atayef with. 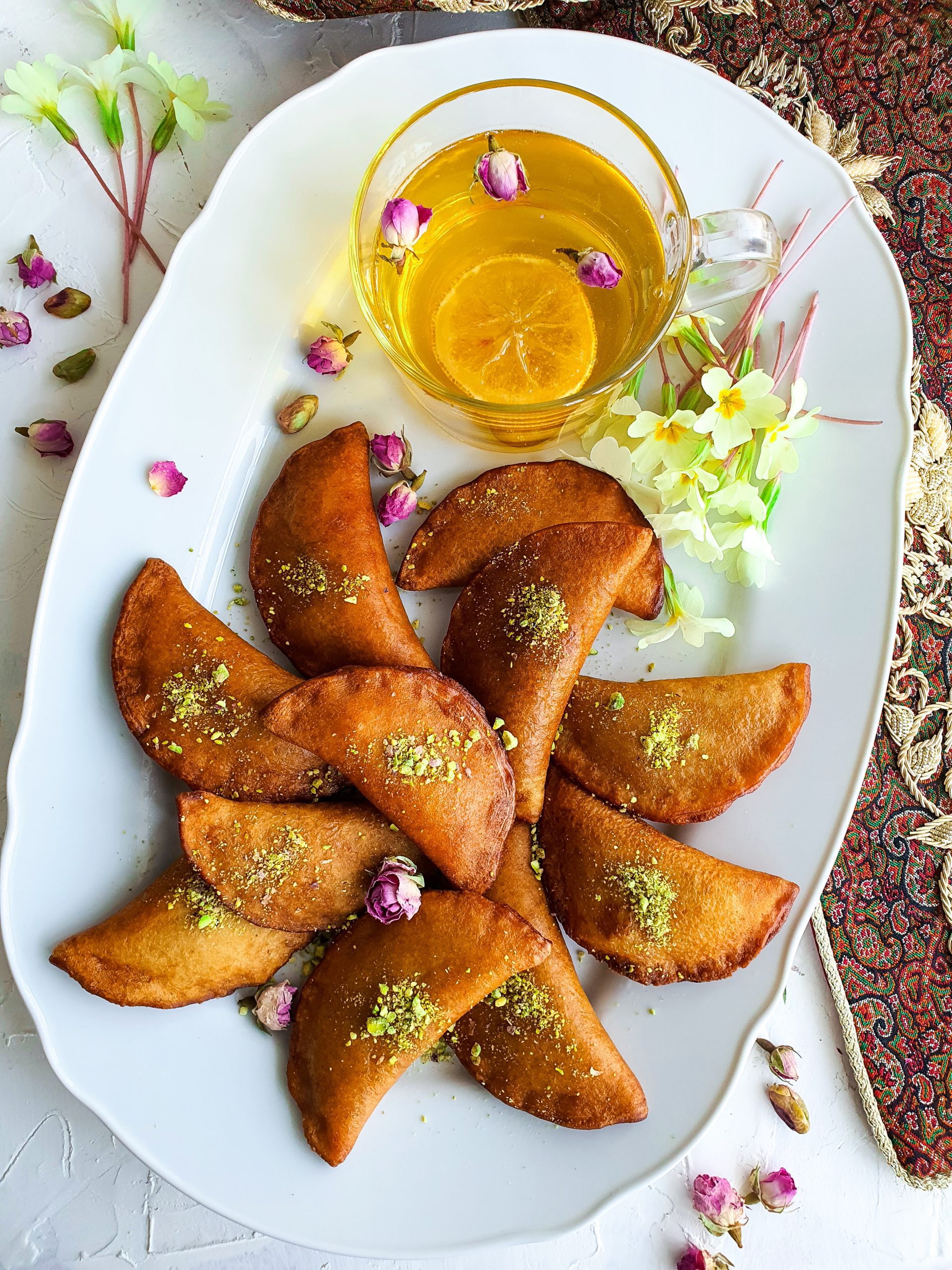